Home / Blog / Squat and squashed stitches – what are they? 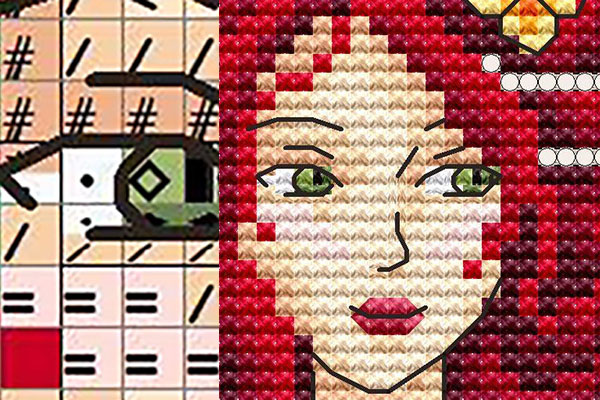 For many stitchers, they are happily stitching along and then all of a sudden, they run into a weird symbol on their chart, like the stitches have gotten squashed vertically or horizontally. After running to grab their reading glasses, they confirm that yes, they aren’t going crazy. These are called squat stitches (or squashed stitches, or half stitches by Heritage Crafts, or even vertical/horizontal split stitches). Despite the plethora of names, they are the same thing — the chart grid squares are split in half either vertically or horizontally. Squat stitches are usually used to add more detail in a pattern in a small space, like for a face as shown below. They’re a type of fractional stitch, and here is more information on basic fractionals like quarter stitches if you need.

Many designers do use squat stitches, like my friend Shannon Christine, a detail of her Tropical Mermaid pattern is shown below. Usually you’ll find squat stitches in more advanced patterns such as those by Heritage Crafts or John Clayton, as well as of course Shannon’s designs. They allow more detail to be added in a smaller space such as for faces, hands, etc. 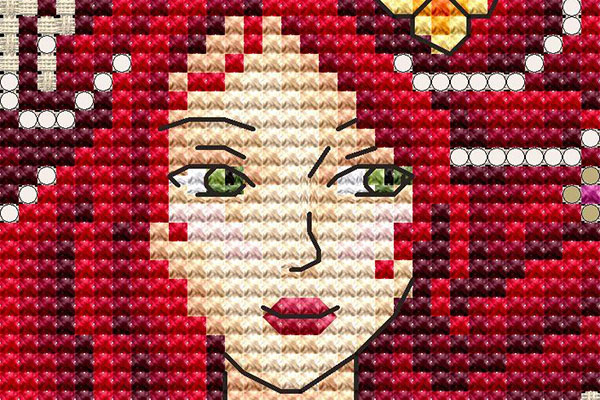 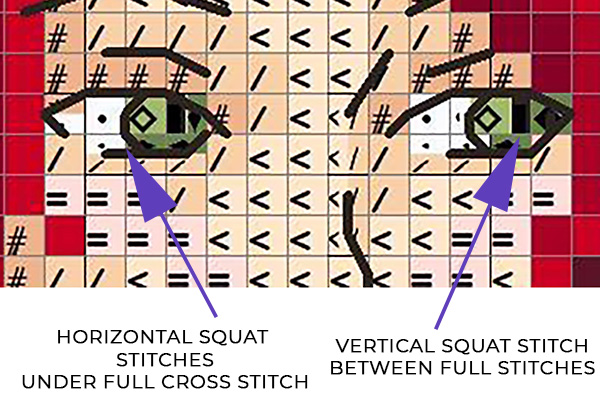 Usually these stitches are meant to be used on higher thread count linen and evenweave when stitching over two (it’s possible on Aida but tricky as you have to pierce in the centre of each block). Instead of going up two over two like you’d normally stitch over two, you’d go up one over two for a horizontal squat stitch, and up two over one for a vertical one.

WANT 15% OFF + FREEBIES? CLICK TO JOIN THE PEACOCK LOUNGE! Dismiss