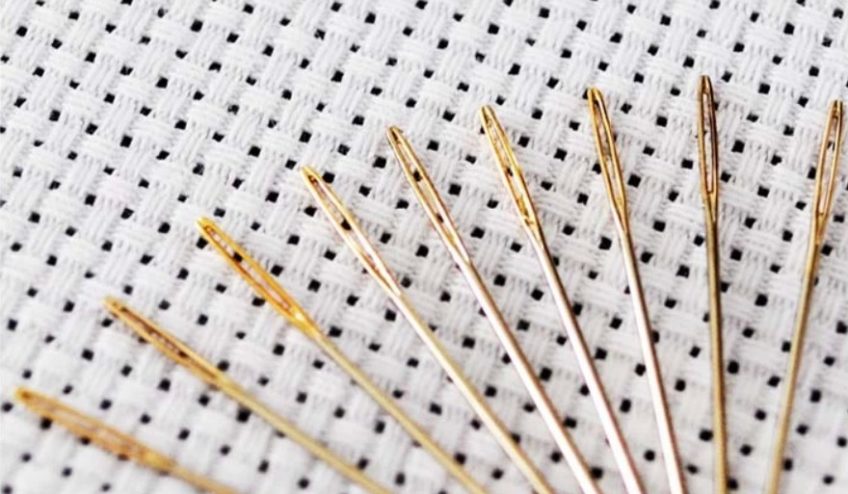 This is a guest post by the very talented UK cross stitch designer, Lord Libidan. I hope you enjoy his tutorial on needle sizes!

The cross stitch needle guide is a pretty well-known table by now, with clear instructions on when to use a set size needle. However, after years of cross stitch I’ve come to realise that the table isn’t actually that good. You see, I often find myself throwing out what it suggests and using something completely different instead. Today, I’m going to go over times when the standard needle guide just isn’t cutting the mustard. First up is a gold needle. The principle of a gold needle is it helps the needle slide through the aida, effectively making the needle slip through. This is great; however, the gold quickly rubs off. The reason? The gold is applied to the surface of a normal needle, this means the needle is slightly wider than the number would suggest. By using a smaller size, you stop the needle rubbing so much, and on top of that it slides through far easier (which you’ll want considering you picked a gold needle).

Next up is petite needles. Once again, the point of these is they slide through the aida much better. However, people aren’t as keen on them as they should be, they tend to slip right through and no one really wants that. However, did you know a petite is roughly 2 sizes smaller than the number its given? So instead of using a 24 standard, using a 22 petite has the same effect as a gold needle. What makes this even better is the petites last longer as the coating doesn’t rub off, and they’re a lot cheaper.

Work you view up close

We then start getting into more unusual times. If you have a piece that you see up close and personal, it might be a good idea to drop down to a smaller needle. The reason for this is the standard needle size pushes the aida apart a little. Not much of an issue when you’re looking from a far, but up close you can start seeing light through the stitched work. Dropping a needle size not only stops this, but gives you a better hang, making railroading MUCH easier.

Up until now we’ve been talking about using smaller sized needles. But if you’re wearing cross stitch, a larger needle might be what you need. The larger needles push apart the canvas more, making a larger hole. However, by doing this is pushes the fabric to its maximum. If you don’t do that, the stitches can loosen over time, especially with regular wear. Finally, we have plastic canvas. I use plastic a lot, and frankly its a wonderful thing, but it rubs needles raw. I regularly had to change needles during projects, until I realised dropping to a smaller needle stops the rub; saves the needle and makes stitching a breeze.

However, that said, I implore you all to always question the guide. MrXStitch actually uses two sizes smaller needles for his projects, using gold petite needles no less. As a result, its best to find what works for you.

If you’re interested in all things needles, we recently looked into Why cross stitch needles are given weird numbers. 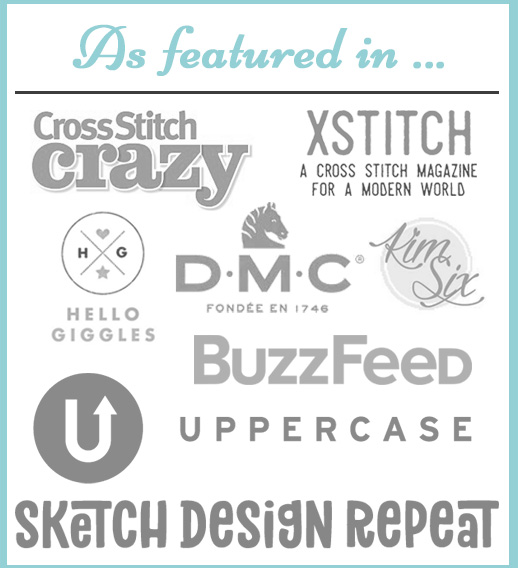