Well, it took me a lot longer than I thought it was going to (judging by how long it had taken me to do the two previous patterns I made), but I finally finished the first of my life drawings I turned into a cross stitch pattern. All I have to do now is wash it and iron it. I designed this piece so it’s small enough to be done relatively quickly and has as few colours as possible to make stitching easier, while still retaining the integrity of the original life drawing. I think it turned out really well, I’m happy with it, and I think the punch of pink adds a nice touch to the piece. I’m calling it “Gaze,” and I’m really enjoying using my art to create cross stitch patterns. It’s hard for me to be able to stitch and not end up locked in a funky position for hours (because I’m the type to get completely sucked into something and lose track of time). But, I’m trying, and having my little buddy Coco give me a nudge every now and then to get up and move around (or take him for a nice walk) definitely helps me a lot and prevents a lot of pain from building up.

Near the beginning of this piece, I attempted parking my threads (going back and forth in complete rows across the piece, so you end up with a bunch of threads of all your colours hanging down waiting for the next time you use it). I did it for 10 rows, and it ended up making me bonkers. I hated all the needles hanging down, and I felt like every few stitches I was adding more thread to one of my needles (because you’re using shorter doubled thread instead of longer sections of two strands). In the end, it was taking me way longer to do it that way, and it wasn’t any more convenient for keeping track of where I was in the pattern than when I worked one colour at a time across the whole piece. So, I switched back to doing that, and I was much happier for the rest of the project. This was also the first piece I’d tried gridding my fabric in 10×10 squares with a light blue thread. It did make it easier when starting out, especially for all the random bits of colour scattered everywhere (which I learned is called “confetti” when cross-stitching). Some say gridding your fabric is “cheating,” but as the point is to enjoy the process and end up with a beautiful piece of art, I don’t see how using any tool or technique would classify as “cheating.” I think anyone who gets that wound up about which process is “correct” probably needs to get out of their house more, or take up another hobby. 🙂

The next piece I’ve decided to work on is one of my Michelangelo life drawings I did as part of a class with Michel Tuffery when I was studying art at Whitireia Polytechnic in Porirua, New Zealand in the late 1990’s. It was a master drawing class, and I completely freaked out (in a good way) when he put up the slide of that image. We had 2 hours to draw it, and I had an absolute ball (the rest of the class, not so much, you could hear the moans and groans of agony as soon as the class saw the “challenge” ahead of them). He was such an amazing teacher, I’m so glad I got to spend a week learning from him. Unfortunately, this drawing and its “brother” of another Sistine Chapel image got accidentally left behind in New Zealand when my belongings were shipped back to Canada, so I don’t even know if it exists anymore. I’m just fortunate I was recording my better work and had taken a photo of both of the drawings for my portfolio, at least the image is clear enough I can translate it into a cross-stitch pattern. It will be much bigger than my previous pieces – “David” and “Pieta” (which I’ll put in another post) are both 5″x7″, and “Gaze” is 4″x6″. This piece will be 14″x20″ – it had to be bigger because I really wanted to be able to retain the swoops in my shading and hatching without resorting to stitching the piece on a ridiculously high thread count fabric. I want to design a range of sizes of pieces, but I’m trying to keep the colours limited so that when people purchase the pattern, they don’t end up spending silly amounts of money buying dozens of thread colours and losing their minds when they start stitching – I’ve seen some patterns that literally look like a logo machine threw up on graph paper. I know many like the challenge of doing such intricate pieces, but for now I’m enjoying the challenge of designing beautiful pieces and using my skill as an artist and designer to keep the image looking like the original drawing or painting while being simple to stitch – for now I’m designing mostly smaller sized pieces on lower thread counts (although of course smaller thread count fabric is fine if you wanted the piece to look really dainty and tight) and using a limited palette. When I paint and draw I tend to stick to a limited range of colours, but I layer them and blend them in interesting ways to get more dynamism and depth. I’m not one for having images that look like I used every colour imaginable, and I tend to stick to clear vibrant cool tones when I do use colour. Of course the newest cross-stitch will be a monotone one, as the original drawing is chalk and charcoal and I’d like to retain that look in the finished piece.

That’s all for now, I’ll put up a post soon of my previous two cross stitch patterns I made from some of my digital paintings, and I’ll post progress photos of how the newest piece is going [here’s that post]. Because it’s so big, likely for the first while it’s going to look like random grey and black dots everywhere. Oh well, c’est la vie. 🙂 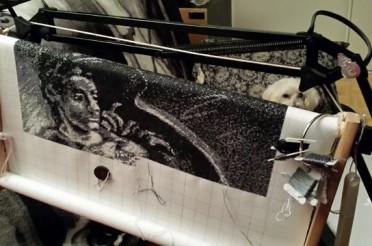 Try as I might, I just could not get comfortable stitching the past week or... Read More 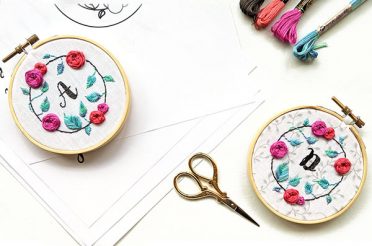 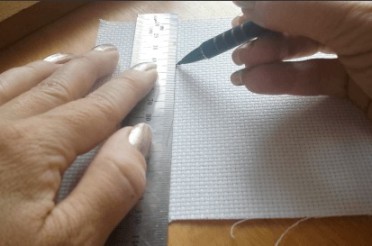 Recently I was online in one of the Facebook cross stitch groups I belong to,... Read More 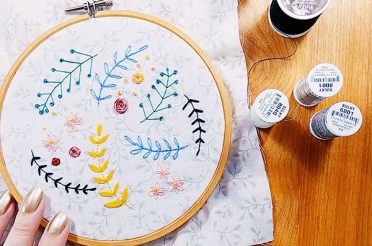 One of the best things about being a stitcher is getting to experiment with so... Read More 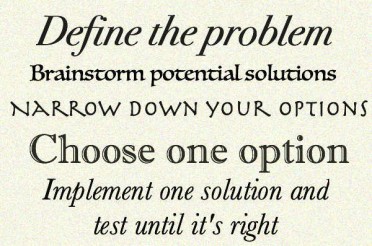 I’ve always made things and come up with unique solutions to problems (in all parts... Read More 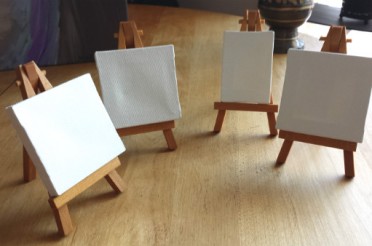 Well this will be a first – returning to oil painting after seven years not... Read More 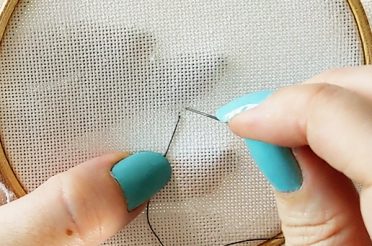 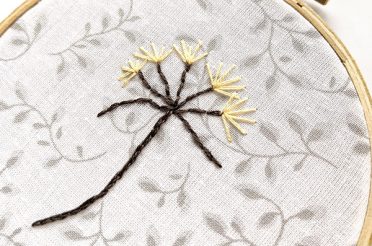 Have you ever wondered how to go about making your own hand embroidery project, completely... Read More